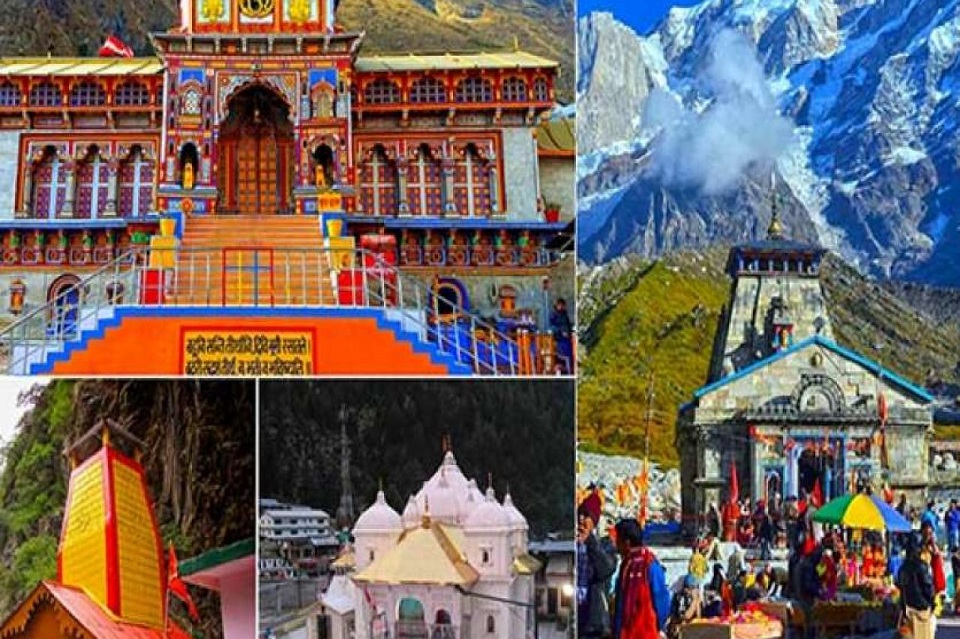 A holy tour of the four Hindu shrines – Yamunotri, Gangotri, Kedarnath and Badrinath. Tour of these shrines collectively is known as Char Dham. Located in the Garwal region of Uttarakhand. This tour is considered to wash away all the evil deeds and bless with pure vibes and hence they attain Moksha after death. If you are planning for Char Dham Yatra from Delhi visit us to know about the best packages.

If your grandparents have not told you about the serene tour we can spill our knowledge. Yamuna originates from Yamunotri, Ganga originates from Gangotri, Mandakani from Kedarnath and Alakhnanda, Saraswati from Badrinath ji. Kedarnath is one of the 12 Jyotirlingas of Shiva in India. Kedarnath is considered to be the main places of worship.

How to cover the Char Dham right way?
Hindus believe in Parikrama or rotation in the clockwise direction that is from left to right. So, according to this order Yamunotri falls first for the visit, then Gangotri, third is Kedarnath and last is Badrinath. It is believed that Badrinath is the place where one attains Moksha and the reason why it is visited in the end.

When can you visit?
Gangotri and Yamunotri temples open every year on Akshay Tritiya which falls during the last week of April or in mid-May.
The opening dates of Kedarnath is announced on Maha Shivratri day and Badrinath’s opening date is announced on Basant Panchami Day.

When do they close?
Every year Gangotri and Yamunotri temples close on Diwali and Kedarnath on Bhaiduj. The closing date of Badrinath is announced on Vijaydashmi (Dusshera).

It is said that you must visit Chardham once in your lifetime to attain Moksha. It is an adventure which touches all the four corners of the country.
Badrinath in the north, Dwarka in the west, Jagannath Puri in the east and Rameshwaram in the south are the four destinations that collectively constitute the Chardham.

People from all over the world visit Chardham to seek blessings of the almighty as well as to explore and experience everything else that these destinations have to offer. Yatra Samadhan provides you with Best Customized Char Dham Yatra Packages for 2020.