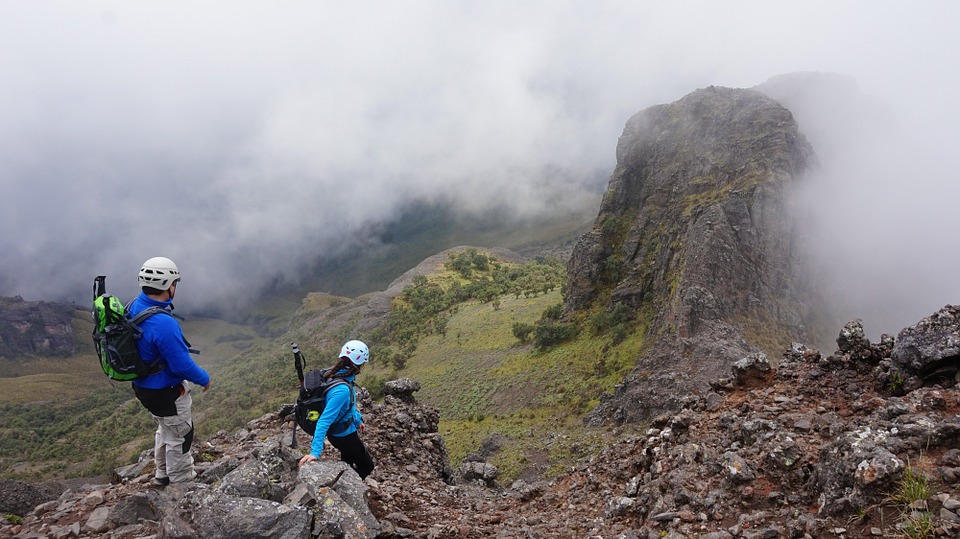 There are numerous beautiful trekking places in India that everyone should visit at least one in their lifetime. Travel gives peace to the soul and helps you explore more about life. A person who doesn’t travel is person who has restrained his mind from thinking. Life is not supposed to be spent at a place. It’s a small life, one should live to its fullest and explore a lot. Yatra Samadhan the finest Travel Guide from Delhi, brings you a month-wise guide to the best trekking places in India. Do let us know if you plan your tour to any of these places. We might help you in getting the best travel packages.

Following is the list of the trekking places in India:

1- January: Dodital Winter Trek
If you are new to trekking and love snow, this might be worth a shot. This trek involves camping around serene Dodi lake. This lake is famous for its Himalayan Golden Mahseer Fish. You would hike through oak woods, pines, & rhododendron forests. This is one of the most famous trekking places in India.

2- February: Chadar Trek
For the people finding a trek on a higher altitude this might be the one for you. Chadar Trek can be one of the most challenging treks in the winters of Ladakh. The temperature might fall as low as -35oC and you might find yourself walking on a sheet of ice.

3- February: Kumara Parvatha Trek
One of the hardest treks of the country but damn, it is worth giving a shot. You might need a professional guidance as well. Once you complete your trek you would know why it is in the list. So serene and full of lush green lands. You will be amazed by the landscapes.

4- March: Chopta Chadrashila Winter Trek
This trek involves the highest Shiva temple. Also, you might find Deoria Tal Lake. You might also see Himalayan Monal, Hill Prinia, Golden Eagle, and Lammergeirer and more such brands while you are on your adventurous hike. This adventurous trek would take you to some high-altitude religious places.

5- March: Tiger Hills Trek
All the amazing wildlife explorers in India this might be the place for you. This place is near the Himalayan range, Kanchenjunga. The trek might be exhausting but is totally safe. If you are in hurry, try skipping this trek. It would take at least 2 days for you to complete this trek.

This is one of the best trekking places in North India. You would be trekking through the enchanting forest to the snow-covered lands in Uttarakhand. It might be an escape for all those living near Uttarakhand.

This is one of the highest peaks in both the states of Mechi in Nepal and West Bengal in India. You will witness the most famous peak The Sleeping Buddha on this trek. Mt. Kanchenjunga forms the upper body while the Mt. Kumbhakarna forms the face and head of the Buddha. Find the natural beauty here during this trek.

8- May: Lamayuru-Alchi Trek
For the people who want short and easy trek, this might be the place for you. Visit a large number of monasteries while on this route. The monasteries will be the major charm while you are on this trek on the hills of Ladakh.

9- May: Kanchenjunga Base Camp Trek
This base camp is one of the most thrilling treks of the country. It is perched at a height of 8, 586 meters. Kanchenjunga is the third highest mountain in the world. This place is never closed and is always full with the visitors. While you are on this trek you would be travelling from Frey Peak to Kabru Peak. Take at least 8 days for this trek. This trek would take you and end up in West Sikkim.

Not a very challenging trek but a bit adventurous. It would take you to both easy and hard routes to the beautiful Skeleton Lake at the top of the hill. Once you reach the top you would be able to witness a 360-degree-view of snow-capped Himalayas. There can be nothing satisfying that camping under the stars. This trek is considered as the best trekking places in North India.

This trek has some spiritual significance and is one of the most popular treks in India. On this trek you would be travelling along the Bhagirathi River and would reach the source of the river at the end of the trek called Gomukh. Witness the rarest escapades of Himalayas and walk through the rarest of the peaks like Meru Parvat, Mt. Shivling, Bhirgupanth, Chaturangi, and Sudarshan.

This place is listed as the world heritage sites by UNESCO. A stunning green valley. You would find the entire land colored with vivid-flowers and mountains covered with snow. It is considered as the abode of the fairies by the locals. Be prepared of all the rules & regulations before visiting Valley of Flowers so as to not face any kind of trouble.

Yatra Samadhan, the Travel Agency in Delhi, brings the best travel packages for you. Stay tuned to the next part of this blog to know more about the remaining trek places. Get the Best Tour packages from Delhi by Yatra Samadhan today.